Buy a one year licence for Leaving
Film trailer

This twenty-minute short film aims to offer a glimpse into the long and arduous process of safely leaving an abusive relationship, as well as confront the deep-rooted social misconception that those living with domestic violence ‘should just walk away’.

“A powerful, tense and beautifully handled piece about a very difficult but important subject. Actors, director, writer and cameraman all deserve great praise.”

“The film is so good and the messages so relevant that I very much hope it can have a national audience.”

– Prisons and Probation Ombudsman for England and Wales 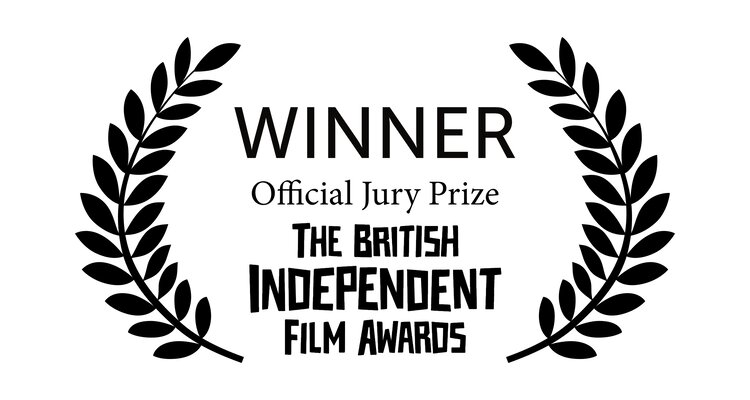 The inception of Leaving as an awareness raising idea was spearheaded by recently retired Deputy Chief Constable Stephen Long, who spent much of his career tackling domestic abuse within the South West region of the UK. Stephen wanted a film that would encourage communities to become actively aware of the signs of abuse, so that those other than the services could offer support to victims through a deeper understanding of the problem.

The Good Practice Guide is a supportive training resource which gives information and insights into Helen’s struggle to leave an abusive relationship.

The Illustrated Script offers a deeper understanding of every scene at a finer grained level. 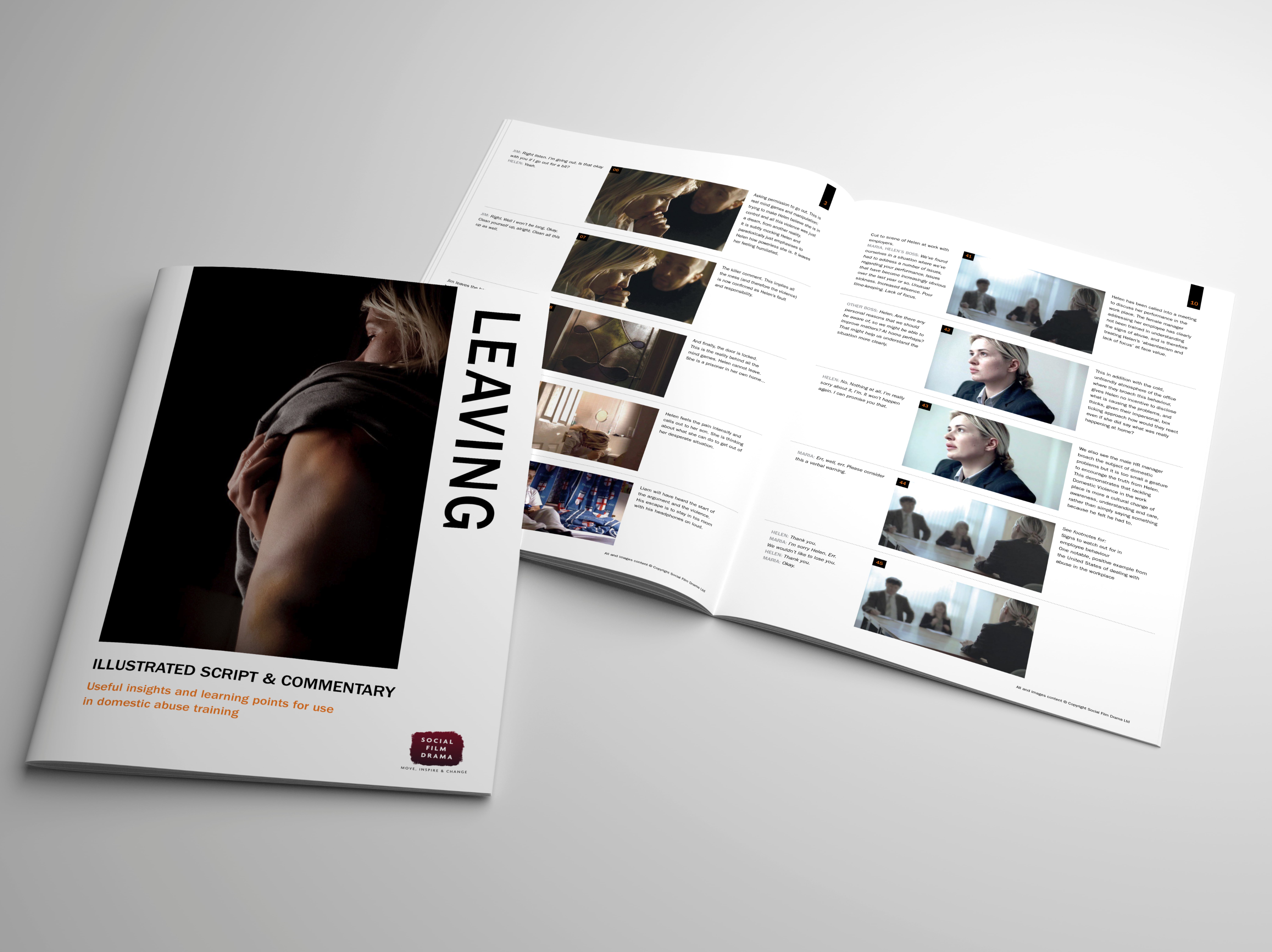 The Character Profile Booklet gives you a further insight and exploration into each of the featured characters. 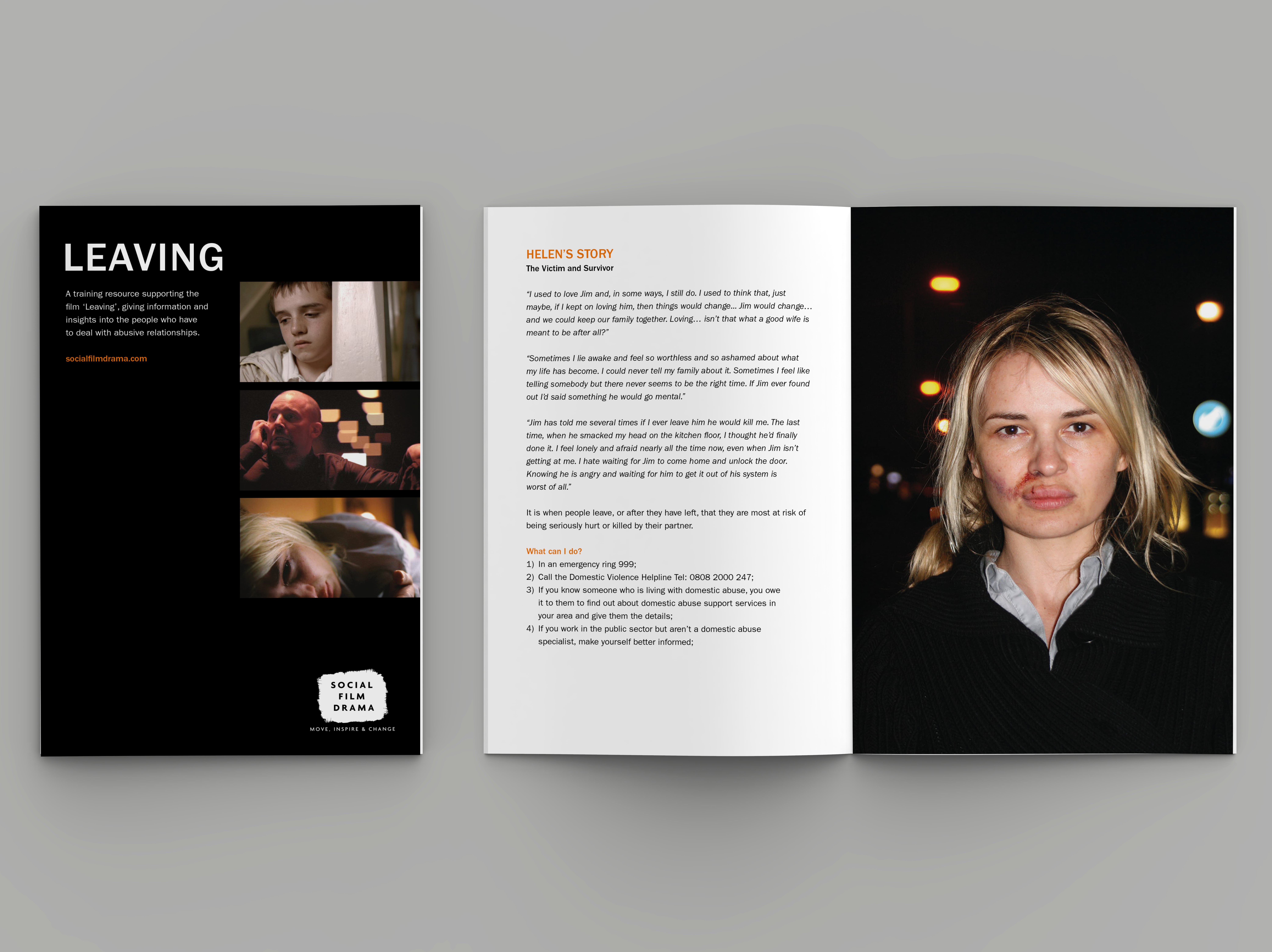 “This film just hit me harder than any other. It stayed with me and moved me deeply, which is hard to do. Felt it was courageous and painful. It deserves my best vote.”

– Stephen Shaw, Prisons and Probation Ombudsman for England and Wales

“The most impactful thing I have ever seen!”

Throughout pre-production, an advisory team was called upon to ensure that the film would remain truthful and respectful to those it would portray. Advisors included Jenni Manners MBE, whose 30 years of service to victims of domestic violence has earned her significant respect within the field, as well as other notable representatives from the Police and Probation services, and charities such as the NSPCC and SPLITZ.

“Circling story, representing the never-ending circle of abuse, with precise and controlled storytelling. The directors are clearly in command and the actors are wonderful.”

Through out the production process, on-set special domestic abuse advisors Sue Blacklock and Chris Fry were at hand for detailed advice and support.

If your establishment isn't registered and you'd like to licence this product, please get in touch to create an account.

Register your interest in Leaving